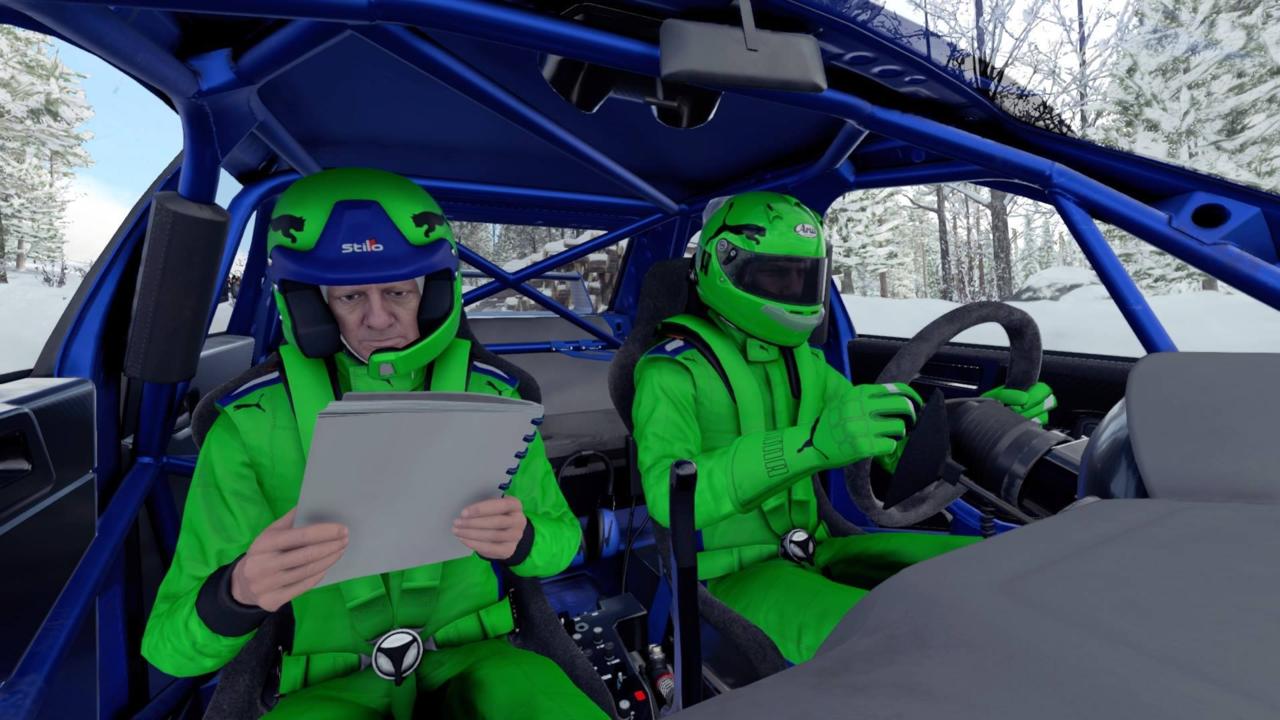 2015’s Dirt Rally was a game designed for off-road enthusiasts. With its steep learning curve, uncompromising difficulty, and an adherence to nerve-wracking authenticity, it was an altogether different beast than the Dirt series’ more histrionic entries. Rather than go back to the mainstream, American flavoured well with Dirt 4, Codemasters’ latest feels like a natural continuation of Dirt Rally’s grounded, white-knuckle philosophies; but with one key difference: there’s been a concerted effort this time around to appeal to both veterans and newcomers alike, bridging the gap between the impenetrable and the accessible.

This begins at the game’s outset, as you’re presented with two distinct driving models to choose from: Gamer and Simulation. This isn’t just a simple rearranging of assists and difficulty options, but two disparate ways of heaving your chosen vehicle from one corner to another. Gamer makes things considerably softer, minimising your car’s stopping distance, and making it much harder to spin out of control–even with imprudent use of the handbrake. The effect of certain weather types and surfaces is also less pronounced, and it’s generally a more forgiving ride, with a host of variables–including AI difficulty and myriad assists–allowing you to further tailor its challenge to your liking. Combine this with the deluge of playable tutorials in the Dirt Academy–that teach you everything from how to transfer weight, execute pendulum turns, and handle the differences between front, rear, and four-wheel drive cars–and Dirt 4 is a much more intuitive game to get to grips with than its immediate predecessor.

Even in Gamer’s relatively muted state, barrelling through each stage and gliding around hairpin turns under the tutelage of your co-driver is immensely enjoyable. Yet, upon stepping down a level from the robust sim, there’s this nagging feeling that you’re playing with the stabilisers on. Once you’re confident enough to move up to Simulation mode, there’s a palpable sense that you’re unlocking a car’s full potential. It’s here–similarly to Dirt Rally–where Dirt 4 really shines.

In Simulation mode Dirt 4 transforms into a game focused on efficiency and adaptability. You have to be patient and precise, knowing when to push the car to its limits and when to take it steady, tussling with an antagonistic wheel just to keep the car on the track; where one slight miscalculation is likely to end in gut-wrenching disaster. There’s a sense of dread that creeps in during moments like this, when you’re about to eclipse the top of a hill and have no idea what’s waiting for you on the other side. But take the risk and you might receive a reward in return, like the unmistakable elation that arises when you emerge through a stage unscathed. It’s this heart-quickening thrill–of knowing you’re on the precipice of failure at all times–mixed with the proficiency of its mechanics, that makes Dirt 4 such an engaging rally game to play.

There’s a plethora of cars available, too, and a singular pleasure to be found in learning each one’s intricacies. You’ll strap into the majority of these unfettered beasts throughout Dirt 4’s globetrotting career mode, which has you driving for sponsors until you have enough money to purchase your own vehicles and design your own racing team. It’s a familiar progression loop, gradually increasing in difficulty as you gain access to faster cars and trickier tracks. There’s even a touch of team management involved as you hire mechanics to fix your car in between stages, and purchase facility upgrades to, say, hasten that repair time, or expand your garage to fit more vehicles. The bulk of your time, however, will be spent out on the track. Whether that’s in rally, Landrush, or Motorcross events is up to you.

Landrush encases you inside heaving trucks, buggies, and Crosskarts, and matches you head-to-head against other drivers on sandy courses crammed full of jumps and tight corners. It’s a palate cleanser that removes nippy rally vehicles from the equation, but with overlong races, a lack of variety in course design, and only a handful of tracks, it eventually grows dull and repetitive.

Dirt 4 maintains the robust depth of Dirt Rally’s full-blooded simulation, while smartly opening things up to a wider audience with a heaping of difficulty options

Rallycross fares better, pitting up to eight rally cars against one another on officially licensed FIA World Rallycross tracks. With dust clouds to avoid, risks worth weighing up, and the inevitable collision of chassis on chassis, these energetic races offer a modicum of depth and a change of pace from the demanding rally stages. If you don’t fancy either of these racing disciplines, however, the career mode is structured in such a way that you can easily ignore them and focus purely on rally, or mix and match the three together. The choice is yours. There’s certainly intermittent fun to be had between the two disciplines (leaning heavily in one direction), but, really, they’re both side courses to rally’s main dish.

This is perhaps most keenly reflected by Your Stage, an ingenious tool that procedurally generates rally stages at the press of a button. All you have to do is adjust two sliders to your liking–one for course length, and another for complexity–and the game will generate a stage using one of its locations as a canvas. From there you can tinker with the time of day and various weather options, and if you like the stage you can share it with friends.

With procedurally generated tracks, there was a concern that the seams between each track’s assorted parts would be noticeable, but they’re surprisingly nuanced and coherently put together. Familiarity has remained absent after hours and hours of play, and it shouldn’t really be surprising with a near-infinite amount of potential stages. Yet, despite the impressive tech that conjures these stages from nothing, what ties them all together are the little details. The drones that whizz overhead, barely clipping the roof of your car; and the helicopters that swoop down too low and whip up a perilous dust storm. There’s the ecstatic crowd spread out across the stage, and the marshals that wave you down when a vehicle has crashed up ahead. Even a farmhouse at the side of the road, buried amidst the red and brown leaves of a Michigan forest, help bring these stages to life with an authentic believability.

Your Stage’s most noteworthy achievement, however, is the way it recontextualizes the lifespan of this series going forward. In other rally games, once you’ve played a stage enough times it veers away from rally territory and becomes little more than a time trial exercise. Suddenly you’re not reacting to your co-driver’s instructions, but to your own memories. You start figuring out how to save time on familiar corners and hazardous jumps, and that just isn’t what rally is about. Your Stage ensures that you’re never comfortable. The threat of the unknown remains a persistent threat, and you’re forced to rely on nothing but your wits and your co-driver’s imperative pacenotes. With–in theory–infinite stages, Dirt 4 maintains its commitment to the unadulterated thrill of rally, and that’s a tremendous accomplishment.

With daily, weekly, and monthly community challenges also on the agenda, plus competitive online races in each of its three racing disciplines, Dirt 4 is certainly packed full of content. It might not have the same pomp and circumstance of previous numbered entries in the series, but Dirt 4 maintains the robust depth of Dirt Rally’s full-blooded simulation, while smartly opening things up to a wider audience with a heaping of difficulty options. If Dirt Rally’s punishing difficulty alienated longtime series fans in any way, this commitment to accessibility should help to bring them back, and the near-infinite possibilities of Your Stage should keep them playing. Dirt 4 is a shining example of Codemasters at their brilliant best.