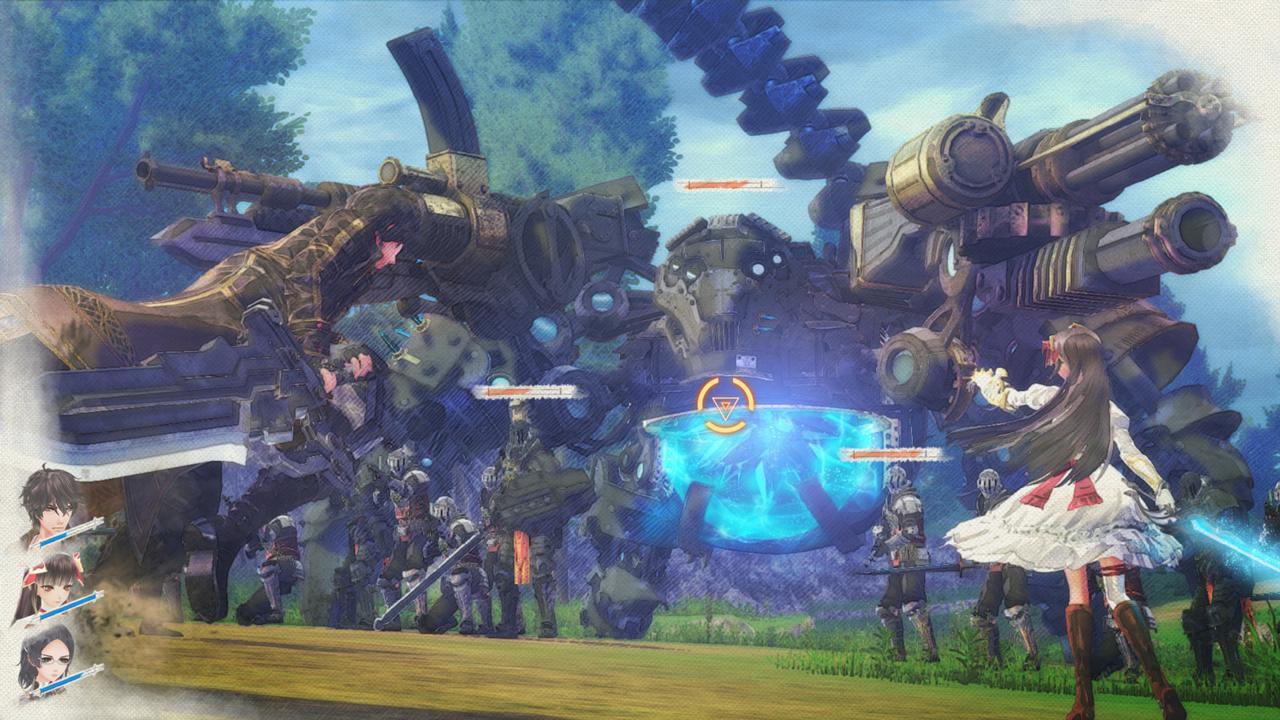 <![CDATA[ <p>Spinning off a well-established game series into a different genre is always a risky move. On one hand, if the gambit is successful, you’ll simultaneously introduce the franchise to a new group of players and give existing fans something new to reignite their passion. On the other hand, you also risk alienating those same fans with a game they don’t want and didn’t ask for.

Valkyria Revolution is such a gamble. It’s an alternate-universe take on Sega’s Valkyria Chronicles tactical RPG series, reimagined as an action-RPG with a few strategic elements intact. While it has a lot going for it, the game ultimately fails to gel into a cohesive experience, resulting in a game that, while fun at times, never fully comes into its own.

The setting is Europa, a continent based on the real-life Europe with some fantasy twists (and, notably, a different Europa from the one previously seen in other Valkyria Chronicles games). The world is powered by a mystical mineral called ragnite, and the alchemic sciences associated with it drive technology and advancement, yielding a new era of prosperity for Europa. But the small kingdom of Jutland has been cut off from the rich ragnite of other nations, suffering under the thumb of the oppressive Ruz empire. Conflict erupts into all-out war, and casualties begin to sharply rise.

Revolution’s story is defined by political intrigue, scheming, surprising revelations, moral quandaries, and interesting twists. It’s occasionally exciting and surprising, but also largely held back by its mediocre presentation. Too many cutscenes go into excruciating detail, making you watch characters talk about their schemes and political maneuvers for long stretches at a time, particularly toward the beginning of the game.

This might not be so bad if these scenes were actually done well, but they’re profoundly bland–they frequently amount to painfully drawn-out sequences with robotic characters spouting long-winded info dumps. There’s little attempt to make these scenes feel as intense and exciting as the story wants them to be, turning a potentially great story into a dull mess.

Once you finally get through a stretch of story sequences at the start, you’ll be able to hop into the thick of combat. While the original Valkyria Chronicles was a turn-based strategy game, Revolution has you lead a squad of four characters into enemy strongholds in real time. You only command one character directly at a time–the other members of the squad are under AI control, though you can issue blanket squad commands like “Offense” or “Support” or give a single direct order if needed.

You can either attack with a basic strike combo, use special alchemic skills derived from the ragnite you have equipped on the character, attack with a long-range gun or a grenade (provided you have ammo), or use an item. Foes react dynamically to the actions you take–by hiding behind barricades or in tall thickets, you can launch surprise attacks. If you really start to shock and overwhelm the groups of enemy troops, you can make them terrified of you, impairing them severely and making the individual members significantly easier to take out.

This sounds empowering, but it makes the basic ambush-and-overwhelm strategy the best way of dealing with most enemy encounters: You surprise the enemy, rush on in, use a bunch of powerful alchemy attacks to take down some troops, then pick off the others when they start quaking in their boots. The only thing that changes this up is when the enemy starts bringing in some tanks and other heavy artillery, but even those aren’t too hard to deal with once you know how to debilitate them. While it’s at first satisfying to decimate an entire squadron of enemies by making them fear your very presence, the effect has diminishing returns on your enjoyment.

Unfortunately, when it comes to anything beyond ambushing enemies and throwing some healing magic around, your companions have the approximate intelligence of a pile of bricks. They oftentimes blow your cover with ill-planned attacks or stand around in the area-of-effect of heavily choreographed enemy skills like a deer in headlights, no matter what sort of blanket command you issue to them. You can set each soldier’s “priorities,” which allegedly make them focus on certain factors during battle, such as melee attacks and healing, and you can earn more such priorities via side quests. In practice, however, these feel like they don’t have much of an effect. Boss encounters, which provide most of the game’s challenge, are the worst in this regard: Your companions frequently use ineffectual attacks and stand around in danger zones, making you feel like a babysitter when you’ve got a big bad enemy to fight.

The dysfunctional priorities system exemplifies a bigger issue wi th Valkyria Revolution–many of its gameplay systems feel tacked-on and unnecessary. Take, for example, the ragnite-driven weapon-upgrade system. You’ll earn or buy ragnite that soldiers can equip to give them special skills, but you can also sacrifice this ragnite to enhance character weapons via a grid that grants various stat boosts and bonuses. Enhancing these weapons is slow-going for most of the game, and acquiring the ragnite you need to enhance them requires playing a lot of optional missions. Yet in the process of knocking these missions out, you level up quickly–to the point where the slow stat gains from weapon enhancements seem pretty silly. The same goes for making custom clothes for your troops: While some pieces of gear provide tangible benefits, such as increasing ammo capacity, the majority of other boosts–like increasing mobility on certain land types by a small amount–are so miniscule and limited in use that you’ll wonder why they’re even there.

While Revolution fails to match the high bar set by its predecessors, its best qualities manage to win you over for a time. The soundtrack by Yasunori Mitsuda (of Chrono Trigger and Xenogears fame) is stellar throughout. The characters in your crew are unique and likeable (save maybe for snooty noble Isaak.) And when the mission structure changes up a bit–giving you a challenging solo mission or a race against time to destroy a group of foes before they summon a Valkyria weapon–the potential of the game’s combat shines through.

Taken as a whole, however, Valkyria Revolution just doesn’t come together as well as it should. Between the poor story presentation, AI issues, and numerous superfluous systems that add little to the experience, it feels like the game needed a bit more time and planning for all of its ideas to properly congeal. While Valkyria Revolution offers some enjoyment, you’re going to have to wade through the trenches to get there.